As marketing procurement professionals we see this all the time. Suppliers trying to force spurious wording onto clients who don’t really understand what they’re signing up to. These small anomalies may seem fairly innocuous at the time, but the test of good contract comes only when the relationship is under pressure.

Having a contract with clear wording and explicit language around key points is imperative to ensuring that when push comes to shove, everyone is really clear on what the intention was when the contract was signed. People move on, businesses change. The contract remains. 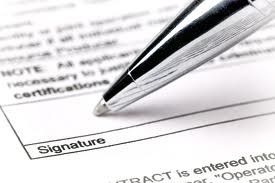 As an example of why it’s really important to get this right I would cite a recent example. A new client of ours asked to conduct a general review of their marketing arrangements; a large part of the marketing spend was focused around media buying. Naturally our first stop was to look at the current contract, and ensure everything was contractually in good shape.

This is where the problems begin. The agency in question (one of the largest in the world), had been working under a draft contract since the beginning of the relationship. There were a number of draft versions, but as happens, the people involved have move on and the draft contract stayed as just that, a draft.

It was clear the contract had been put together by the supplier and worked over by the clients legal team, but had not been looked at by anyone with any commercial or category expertise.

The issues that have arisen are profound, including the identification of hundreds of thousands of euros worth of rebates and unbilled media that have not been passed back to the client. The client is adamant that this should be reimbursed (they thought they were only paying the agreed fee), and because the wording is not explicit the agency are clearly unhappy about handing it over.

Could this situation have worked out differently? Yes, a good clear contract that is specific and thoughtful, worked through by people who really understand the issues would have avoided this in the first place.

Not surprisingly this isn’t the only time we’ve come across this. It’s more and more common to find this type of scenario. Even when the client has a contract, it’s often the case that the wording is ambiguous, sometime purposefully.

Is it not time that when a supplier states they want to be open and transparent that they actually follow through on that promise?